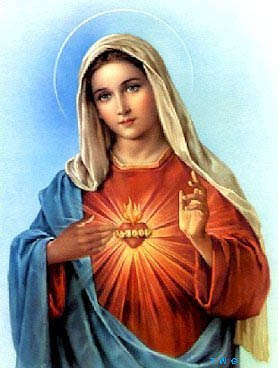 Come share your experience with the ascended masters as we delve deep into the legends and lives of the Masters. Our next Study will be Mother Mary. This is a 2 week series.

To book for this study please have registered in the first week. If you missed the first week please contact study@brightsideofthemoon.com for information on signing up.

According to the Bible, Mary (מרים; c. 18 BC – c. 41 AD), also known as Saint Mary or Virgin Mary, was a Jewish woman of Nazareth in Galilee and the mother of Jesus. She is identified in the New Testament[Mt 1:16,18-25][Lk 1:26-56][2:1-7] as the mother of Jesus through divine intervention. Mary (Maryam) also has a revered position in Islam, where a whole chapter of the Qur’an is devoted to her. Christians hold her son Jesus to be Christ (i.e., the messiah) and God the Son Incarnate. By contrast, Muslims regard Jesus as one of the prophets of God sent to humanity; not as God himself nor the Son of God.

The Gospel of Luke in the New Testament begins its account of Mary’s life with the Annunciation, when the angel Gabriel appeared to her and announced her divine selection to be the mother of Jesus. Although she does not seem to have been present in Jesus’ public ministry, Mary was present at the crucifixion and is depicted as a member of the early Christian community in Jerusalem. Apocryphal writings tell that she never died but assumed into Heaven, both her body and soul in the assumption.

Mary is the most respected female figure in Christianity, venerated since early times,[5][6] and is considered by millions to be the most meritorious saint of the Church. Christians of the Catholic Church, the Eastern Orthodox Church, Oriental Orthodox Church, Anglican Communion, and Lutheran churches believe that Mary, as Mother of Jesus, is the Mother of God and the Theotokos, literally “Bearer of God”. There is significant diversity in the Marian beliefs and devotional practices of major Christian traditions. The Catholic Church holds distinctive Marian dogmas; namely her status as the mother of God, her Immaculate Conception, the perpetual virginity of Mary, and the Assumption of Mary into Heaven.[7] Many Protestants see a minimal role for Mary within Christianity, based on the argued brevity of biblical references.[8]

Bookings are closed for this event.

from the Bright Side of the Moon